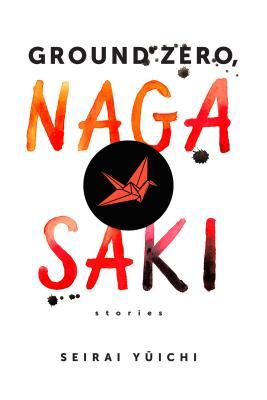 I’ve come to realize recently that Japanese literature is not all about cryptic narratives. They can be so simple and true to life without, of course, losing their ability to arise questions in our minds once the reading is over and done with. Thanks to Ground Zero, Nagasaki: Stories by Seirai Yūichi. Originally published in 2006, and later in English in 2015, this collection of six medium-sized stories will surely enchant any reader with its remarkable narratives, extraordinarily human characters, and profound after-reading impression.

Set in modern-day Nagasaki, the book presents the reader with tales longer than a short story but shorter than a novella. They all bear one-word titles referring to animals and inanimate objects: Nails, Stone, Insects, Honey, Shells, and Birds. Those six are not one-in-a-million kind of stories, but they can be said to be very unusual, something that we rarely encounter in the realm of fiction. All of them bring up the subject of the painful aftermath of the atom bombing in Nagasaki by the Americans in 1945, depicting the resultant appalling conditions under which the victims have to live, and of the Christian persecution back in the days when the religion was outlawed in Japan and the believers were burned alive at stakes. Some stories, like Nails and Shells, talk more about this issue, questioning how faithful people can be, comparing it to and wrapping it up in tales about a man’s belief in something which is so strong that we would call him insane. In numbers entitled Stone and Honey, the issue is so far away from religious one, or atom bombing for that matter, for both topics are used only as the background of the stories. They are, however, the most engrossing stories of all, describing humans and their secret desire, the worldly physical temptation they cannot avoid and won’t even try to fight, the unpredictable course of life and its uncertain end. As for the other two, Insects and Birds, the writer specifically tells the reader of the lives of victims after the atom bombing, picturing the hardships and misery they have to deal with, also all the sadness and trauma that never seem to cease to haunt them.

Of all the characters making appearance in Ground Zero, I think Adam Yamamori in Stone is the most unforgettable one. Partly described as an idiot and childish, Yamamori is also an ordinary grown-up man who is craving to have a wife and a family, and, of course, to have sex. His innocence and romanticism make him a complex character any reader should be careful to comprehend. Another character that managed to leave a quite lasting impression on me is Mihoko, the center figure of the story Honey. Readers with common way of thinking might see her as a loose, horrible married woman, but her complicated life and incomprehensible mind have encouraged her to fulfill her sudden lascivious urge. She may not be a likeable female character, but I think she is very brave and unpretentious. There is one more special character whose impression stayed longer in my mind. It’s Mitsuko, one of the atom bombing victims in the story Insects. It’s not her life after the war that made me interested, though, it’s her female jealousy and restlessness. I felt that those feelings are only natural and that I was very much related to her. I couldn’t help thinking that half of her character is also half of my own character.

The best thing about Ground Zero is absolutely Seirai’s wonderful style of narrative writing. It drags us all the way down the twists and turns of the plot without mercy, only to see no end to it. Cliffhanger is not something new, but the open endings concocted by Seirai here won’t even make us feel like they are cliffhanging, except for that of Insects, I guess. All the six plots are made ever so cleverly that I didn’t really mind the out-of-order storylines because they are very neat and vivid. Seirai seems to unfold every single story little by little without forcing the pace into going fast nor slow, so that readers can make sense of every single detail gradually and understand every single character thoroughly. I can say that Seirai Yūichi is a truly great writer, at least after reading this amazing work. Unfortunately, I didn’t get the “Japanese atmosphere” I usually did when I read Japanese literature. Ground Zero felt so Western. So American, in fact. Maybe it was the translation. I wouldn’t say I had a problem with it, it just looked like the translator did not only transfer the language into English, but also the atmosphere into a Western one.

All in all, I loved Seirai Yūichi’s Ground Zero, Nagasaki: Stories. It wasn’t the first time I read a book by an author I barely know and instantly fell in love with it, but this work is so special to me. It helped me recognize the “other side” of Japanese literature that is so surreally human.